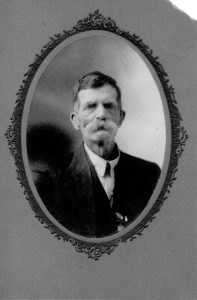 Born June 20th 1846 to William Wallace and Margaret Hopkins in Oswego County, New York. Enlisted in Company K, New York 128th Infantry Regiment on 03 Sep 1864. William would have been at some of the final battles, Opequan, VA; Fisher’s Hill, VA; Cedar Creek, VA and the Campaign of the Carolinas. Mustered out on 12 Jul 1865 at Savannah, GA.

After the Civil War, William moved to Minneapolis and became a brick maker still just 24 in 1870. That fall he married Sarah Conklin who was from Canada in Minneapolis, September of 1870. They had one son, George Ervin Hopkins who farmed between Rockford and Buffalo in 1910 whom William lived with after his wife passed away.