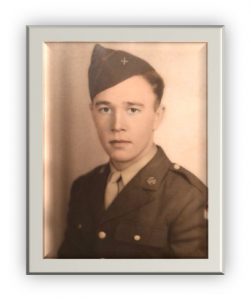 Harvey was born Jan. 22, 1926 in rural Rockford, the son of William H. and Olga M. Vergin Schulze. He entered the Army July 15 1944 with processing at Fort Snelling, from there he attended basic training at Fort Sill in OK. He was assigned to the 617th Field Artillery Battalion Battery “A“. Harvey left by ship on the USS Wakefield on March 27th 1945, arriving in Naples, Italy on April 7th. Harvey Schulze was honorably discharged in July of 1946.
Harvey was joined in marriage to Agatha Giese May 22, 1948, at Salem Lutheran Church in Greenfield by the Rev. W. P. Haar. God blessed their marriage with four children. Harvey lived in Rockford his whole life and was very active in the community. He served on the Rockford school board, Cross Lutheran church council and was a proud member of the American Legion. After the war Harvey worked at Red Owl (later becoming Supervalu) for 40 years. In Harvey’s spare time he was an avid fisherman finding much success on the Crow River. He also enjoyed spending time hunting, his grandchildren, and baseball. Harvey “Casey” Schulze was inducted into the NorthStar Amateur Baseball Hall of Fame in 2000. He was an excellent pitcher, throwing a wicked curve ball as his signature pitch. Harvey played for 12 years with Rockford, being a lifetime .300 hitter along with managing the team when his playing days were over. 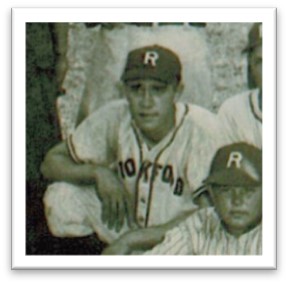