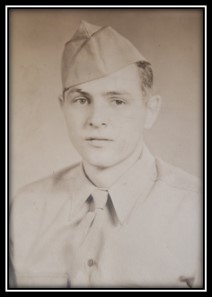 Armin was born in Hanover, MN on November 11, 1925 to Christ and Rosie Lieder in what is now known today as the River Inn. The family moved to Rockford in 1935 to own and operate at grocery store called CH Lieder Groceries on Main Street. Armin worked with his family at the grocery store and he was a standout in school.

Armin went into the Army, being inducted January 26, 1944. He served his country honorably in Central Europe on active duty for 2 years, 4 months, and 21 days. His responsibility was being supply clerk. He received many awards including a Victory medal, American Theater ribbon, European African Middle Eastern Theater ribbon with 3 bronze battle stars, 2 overseas service bars and a good conduct medal.

After active duty, Armin was in the reserves for 9 years and 10 months as a Master Sargent in Company A 781 Tank Battalion, stationed in Rockford. Armin experienced a serious injury when he was knocked off a moving tank, ultimately resulting in his loss of life on Sunday, November 4, 1956.

After WWII, Armin returned home to Rockford and worked at the grocery store and was involved as Rockford Village clerk. He married Lula Hohl on January 20, 1948. The couple was blessed with 2 children, Deb and DeeDee.

Carl Frederick Kashiemer (Case-hi-mer) would be just a couple months short of his 70th birthday today if he had not become a casualty of the Vietnam War. Carl was born …